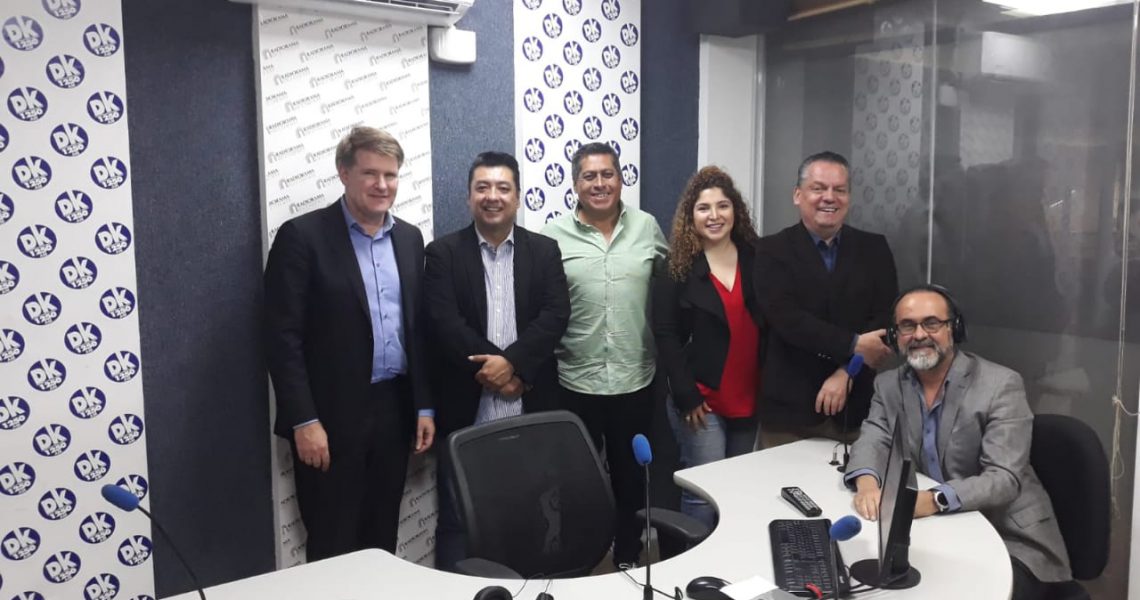 A conference on ‘Hydraulic Reconversion’ was organised by Watershare member MGB Victoria in Mexico from 5 to 8 February. The attendees represented the local authorities of the states of Jalisco, Mérida, Michoacán and San Luis Potosí, and several municipalities. They included government officials, members of the local water authorities, and directors of the respective drinking water utilities. Also in attendance, were members from the private banking sector, universities, consultancies, construction companies and suppliers of hydraulic devices with business connections with MGB Victoria. The session was also open to the participation of local residents. It was a hectic week, which included multiple presentations of the project which aims to change the way that drinking water is supplied in many parts of Mexico.

The focus on the first day was on Ciudad Guzmán, which is located to the south of Guadalajara and is the second largest city in the state of Jalisco.  Ciudad Guzmán has 120,000 residents (~36,000 customers) whose water is supplied by SAPAZA, the city’s drinking water company. Currently, the customers receive water only intermittently, for 1-3 hours per day. For this reason, they need to install a complementary dual-tank system, known as aljibe-tinaco, in their houses to ensure continuous supply. Aljibe refers to a underground tank, which eliminates the supply pressure from the distribution network. The water then has to be pumped from the aljibe to a roof tank or cistern, called a tinaco, which supplies the household’s water needs. While in the past these tanks were made of asbestos-cement, today they’re made of polyethylene. Both the aljibes and tinacos are susceptible to contamination from animal and vegetation sources. The aljibe-tinaco system increases housing construction and energy costs, and frequently also increases the exposure to gastro-intestinal diseases caused by the stagnant water in the tanks.

The Hydraulic Reconversion was presented to the stakeholders and decision-makers as a proposed solution to the current problems, in the form of an effectively operating water supply system. Moreover, the Watershare concept of Self-Cleaning Networks was also presented as a means of reducing the water utility’s construction and operational costs.

The Ciudad Guzmán gathering allowed us to establish direct contact with both the mayor, J. Jesús Guerrero Zúñiga, and with the director of the municipality’s drinking water utility (SAPAZA), Alfonso Delgado Briseño.

MGB Victoria, with the support of KWR, is expected to present a project plan for the coming 3 years with the goal of obtaining funds to finance projects to reduce the intermittency and increase the pressure in the water distribution system. It is expected that such a project will greatly benefit the city, and make it the benchmark for other cities in Mexico where the water supply systems are operated in a similar fashion.

For the remainder of the week the conference was held in Guadalajara, a city of approximately 5.5 million inhabitants. Guadalajara’s water supply system is operated by SIAPA. Although the operation does not present the same intermittency problem found in Ciudad Guzmán, it is clear that water demand is on the rise in the city. In addition, Guadalajara is evidently facing new challenges, such as the need to establish a monitoring network for its supply system (mostly groundwater), and to implement asset management strategies for pipe replacement in a very heterogeneous topography.

These sessions drew participants from different backgrounds and from wider afield. There was much more interaction with the audience, given the participation of staff and students from local universities, decision-makers from local water authorities, politicians from various parties, government officials, cabinet members, consultancies and construction companies, and even members of the emergency relief agencies.

On the final day, the sessions were extended to include numerous press conferences, held for the local TV, local newspapers and radio stations. The conference provided a great opportunity to inform the local community about the project and received very positive feedback.

From the meetings it was evident that there is a huge interest in Hydraulic Reconversion, both on the part of the government and the local authorities. The event was a great success. It meets the need of both creating interest in the implementation of new water technologies in Mexico and opening the door to joint projects with Watershare members. In the words of Raul Mejorada (MGB Victoria): “Hydraulic reconversion means a feasible solution for the benefit of the citizens of Mexico and their well-being. Thanks to KWR and Watershare for the support at every step of this project, bringing vital information and knowledge of practical applications to the authorities of Jalisco.” 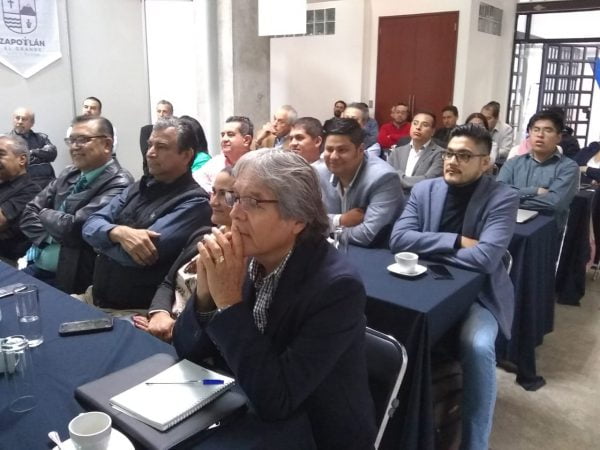 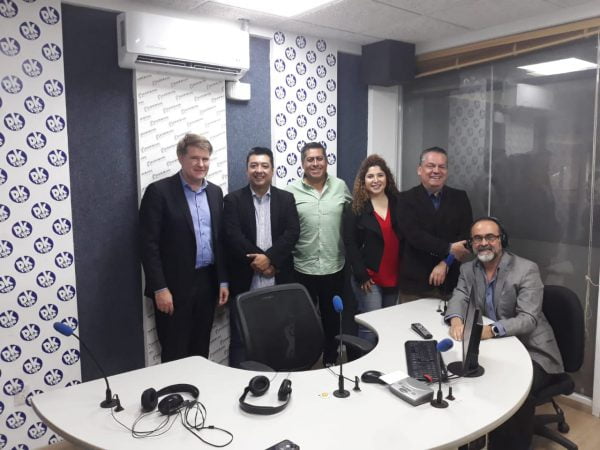 During one of the press conferences held in Guadalajara. Left Idsart Dijkstra (from KWR) and sitting Raul Mejorada (from MGB Victoria).

Share:
Posted in Watershare News
← Videos give a glimpse into Watershare’s Communities of PracticeEnough water and dry feet in the city →