The Urban Water Optioneering Tool (UWOT) is a model that simulates the generation and routing of urban water demands to facilitate the planning and assessment of distributed interventions in the urban water cycle. The planning and assessment is based on various metrics estimated by UWOT, such as potable water demand, runoff volume and required energy.

(01-07-2015) Release Note: This UWOT release includes a new algorithm for the estimation of incoming solar radiation (termed "insolation") useful to calculate the impact of water management practices on green spaces (blue-green infrastructure). Additional functionality to check water quality within a water resource against a given quality standard, before routing demand to it was also added to make the model more sensitive to water quality scenarios and challenges.

In the very simplified example in the figure below, UWOT simulates the potable water required by the shower and the greywater to be disposed of after the shower’s use. Both these flows, which in UWOT are considered as demand signals emitted by the shower, are logged into two UWOT components called “loggers”. To estimate the shower’s water consumption, the model’s user selects the installed shower type from the drop-down menu and enters the frequency of use, which can be either a constant number or a time series. After the simulation, the user can assess the network operation by checking the time series of demand signals (saved in loggers). 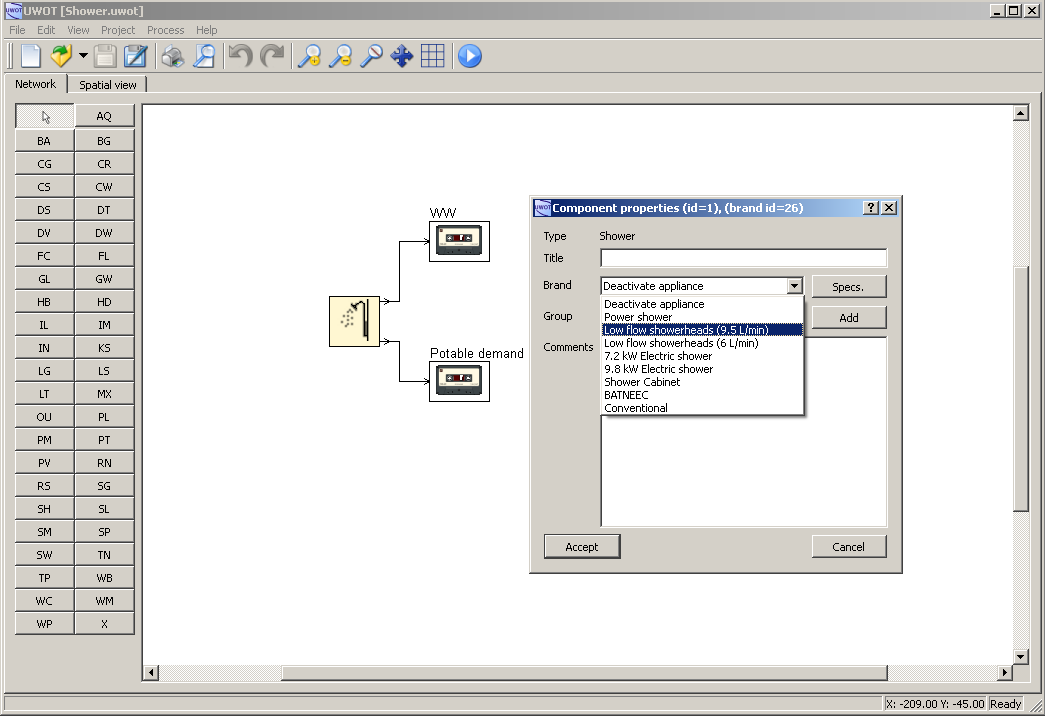 The household network shown in the figure below includes a rainwater harvesting scheme and a local treatment unit, both installed for the purpose of reducing potable water demand. 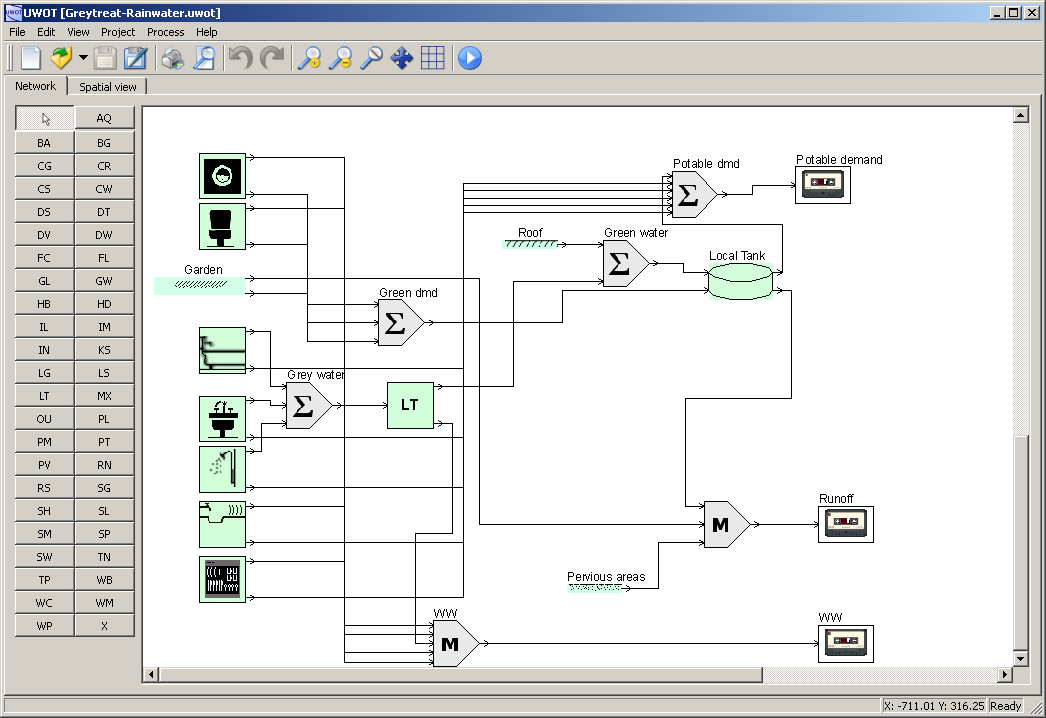 The harvested rainwater along with the treated greywater (from the shower, bath and sink) is stored in a local tank and used for toilet flushing, the washing machine and outdoor uses. The rest of the appliances are supplied with potable water from water mains. Mains water is also used to ensure that the stored water in the local tank does not drop below a minimum level. The inputs used during the simulation include time series of rainwater, temperature, frequency of use, and occupancy.

After the simulation, the users can assess the performance of the intervention. For example, they can inspect the fluctuation of the stored water inside the water tank. If the tank overflows frequently, then either a larger tank or a smaller local treatment unit are required. If the tank is frequently empty, then either a larger local treatment unit or a larger rainwater harvesting area should be employed. The users can also examine the potable water demand, the runoff and wastewater volumes. Furthermore, they can check the energy required by the water appliances and the energy absorbed by green areas due to evaporative cooling. 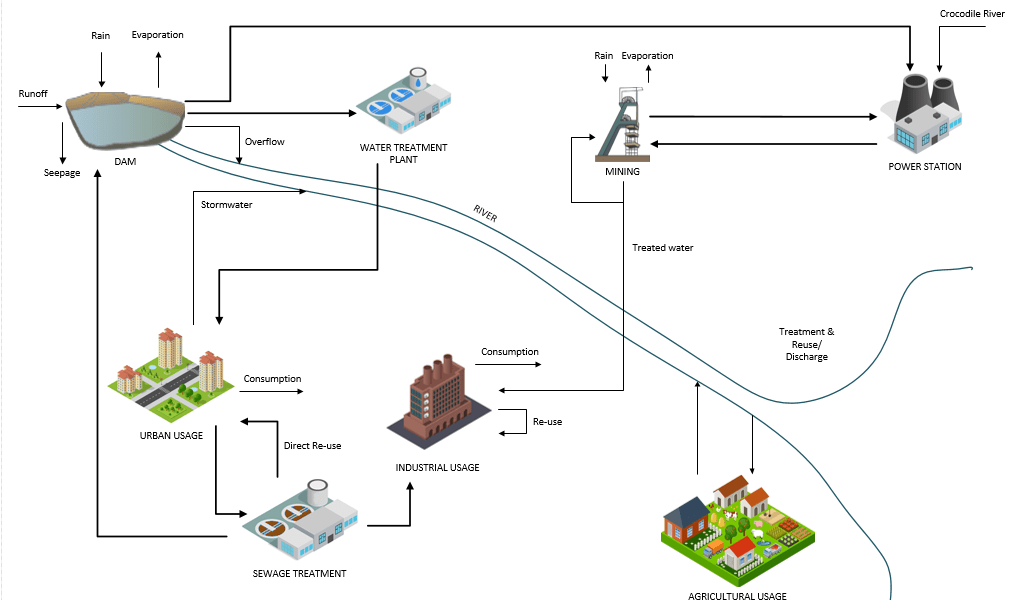