The work started in November 2016, after a workshop was held in Seoul, with the participation of representatives of the Korean Institute of Science and Technology (KIST), Hongik University and KWR. The experts involved were Dr. Jeryang Park, Assistant Professor at the School of Urban & Civil Engineering of Hongik University, Dr. Seockheon Lee of KIST (for the City Blueprint and Trends and Pressures analyses of Seoul), and Prof. Dr. C.J. van Leeuwen of KWR (for the review of the results). Seoul achieved a very good performance, with a Blue City Index of 7.3 (on a scale of 0 – 10), placing it in the top 10% of cities assessed.

"There’s probably no universal solution to achieve a sustainable watercycle applicable to all cities”, says Jeryang Park.  “Water problems in each city are highly localized and heterogeneous, so that the decisions on management options should also be adaptive and locally-specific. Our analysis of Seoul, which has a megacity scale, revealed that the city is generally performing well concerning its sustainable watercycle management. On the other hand, we also found that there are options for further improvement, such as nutrient recovery, stormwater separation, and operation cost recovery. These can be corrected in the future.”

The representatives of both the city and the Seoul Water Institute were generally satisfied with the current status of water management in Seoul, based on the evaluation results. But, for Jeryang Park, the challenge is that Seoul’s weaknesses are those typically found in cities that are much smaller. “Thus, the scale of the challenge differs, and the best management options to solve these problems may also differ. We should focus more on the variability among cities and try to improve the evaluation scheme so that it incorporates the heterogeneity. In this way, a difference in the score of an index does not necessarily indicate that one city is doing better while the other is doing worse. The scores should be interpreted with a caution, taking into account the factors, such as government policy and citizen perceptions, that are specific to a city.”

The authors have provided a first draft for publication in a scientific journal. Furthermore, plans are made to perform a Governance Capacity Analysis for Seoul as well. 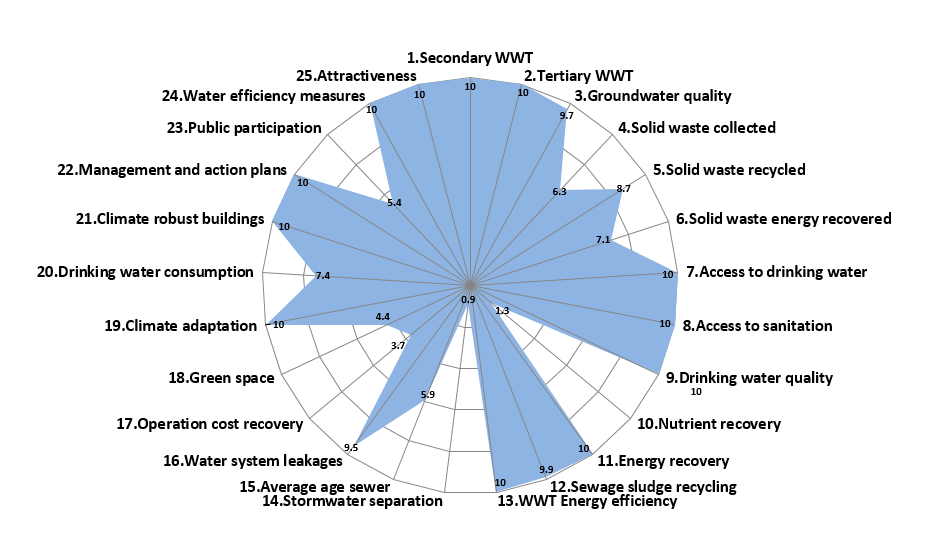 The City Blueprint of Seoul based on 25 indicator scores. 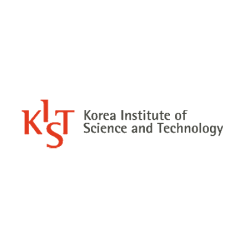 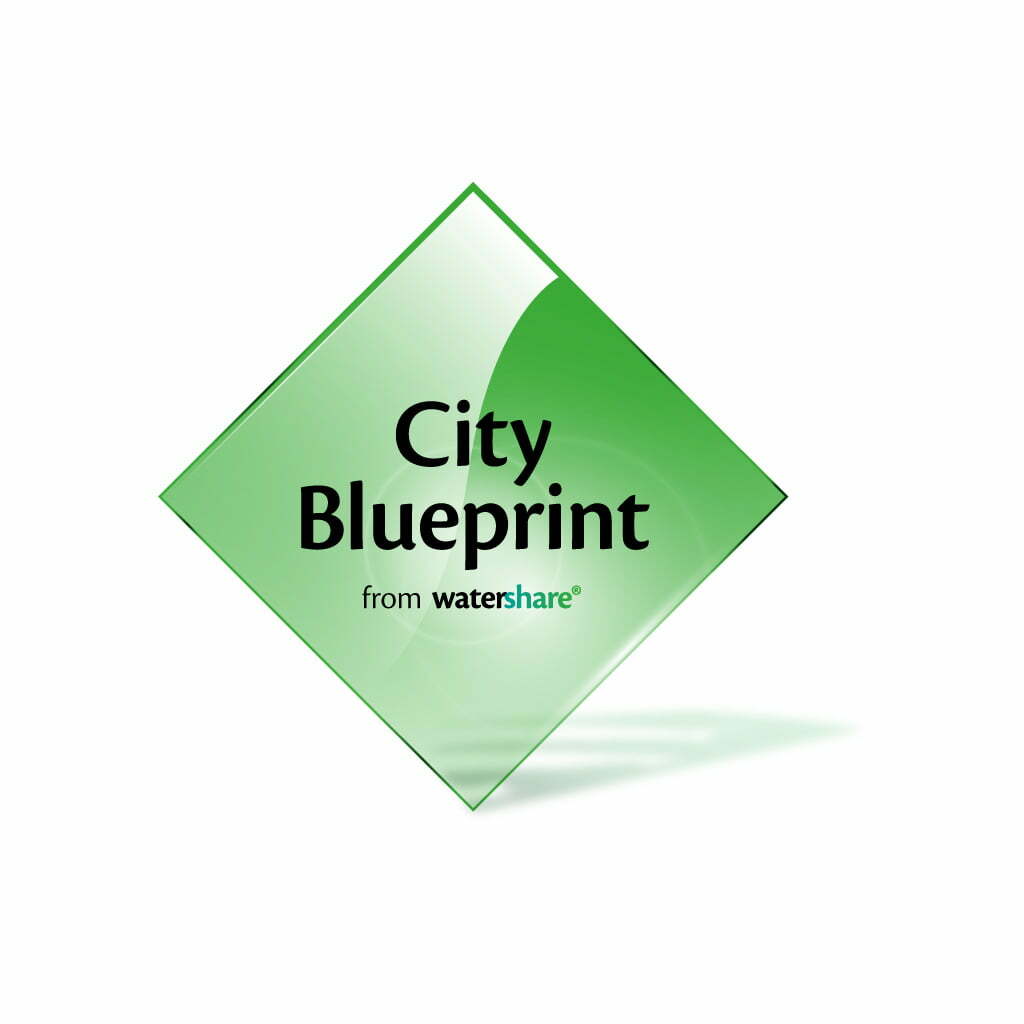